Embedding Commons pages on the Forum

(Four comments have been moved from Using this forum in the context of events to this new feature request.)

Another problem of this platform: you need the video at YouTube to embed it. No Commons embed. Of course, embedding from Commons is not something relevant to the Wikimedia Foundation.

What is Wikimania - the WP edition 16x9.webm

Another problem of this platform: you need the video at YouTube to embed it. No Commons embed. Of course, embedding from Commons is not something relevant to the Wikimedia Foundation.

actually, i think youtube is fine as a platform to spread the info more widely. just my own opinion.

as far as being able to embed from commons… what is actually so much more preferable about commons as a site? isn’t youtube just as useful, in itself, as a site as well?

Commons is part of Wikimedia. The Wikimedia Foundation should be centered in making possible to embed videos from Commons.

Indeed, Commons pages don’t produce nice embeds on Discourse. I don’t know what would need to happen on the Commons side to make this possible out of the box, but I guess it’s related to oEmbed or Open Graph support.

In the absence of this, it is perhaps possible to extend Discourse with OneBox custom code to support Commons.

Maybe this code to embed Commons videos on Phabricator is useful? 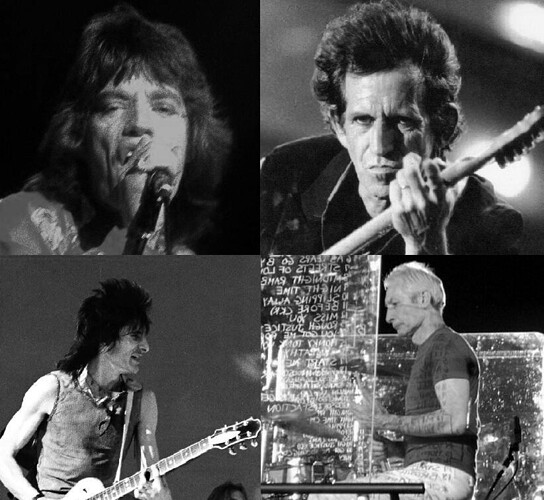 If you link to Wikimedia with a link like File:Stones members montage2.jpg - Wikimedia Commons the image onebox is triggered, trying to display this link as an image (which it isn’t, it is just the info page about that image): There are two...

It can be solved, sure.

The first thing we need is a way to do it, as described here: ⚓ T309101 Allow video embedding from Wikimedia Commons at Diff

The second one is money. If only the WMF had money to solve this that can be done in a couple of days…

For general embedding, I think Commons needs to be exposing better metadata (in the form of opengraph or whatever) and then it’d work with Onebox and lots of other systems (like WordPress’ embeds, at Diff).

I tried making a WordPress plugin (embed-wikimedia) for doing this a few years ago, but ultimately it feels like it’d be better to follow existing standards of metadata interchange than create separate fixes for each system that wants to embed this content.

In my opinion, even if Commons supported embedding, using only Commons links for embedding, would simply be extending the problem of being a “walled garden,” in a lot of ways.

I support posting videos on Youtube, I support embedding items from youtube on MS forums, I support pasting youtube links on group chats in Telegram, and generally I endorse, applaud, admire, and appreciate, any tangible efforts by WMF, to extends its reach, to expand our community, and to post items from WMF far and wide on multiple platforms, in order to extend our community as greatly and as widely as possible.

by the way, below is a barnstar which seems relevant. here is the actual description, as a direct quote, italics added, QUOTE: The Motivation Barnstar is awarded to users who

Original file ‎(2,000 × 1,900 pixels, file size: 723 KB, MIME type: image/png) Click on a date/time to view the file as it appeared at that time. You cannot overwrite this file. The following 3 pages use this file:

It is the custom to reward Wikipedia contributors for hard work and due diligence by awarding them a barnstar. To give the award to someone, just place the image on their talk page, and explain why it was given. If you are sure the barnstar is appropriate, don't be shy! The barnstar is not unique to Wikipedia. Some years ago, some wiki-based communities began to give their users awards called barn stars, using a star anchor to represent the concept of the shared work experience, as in barn rai... 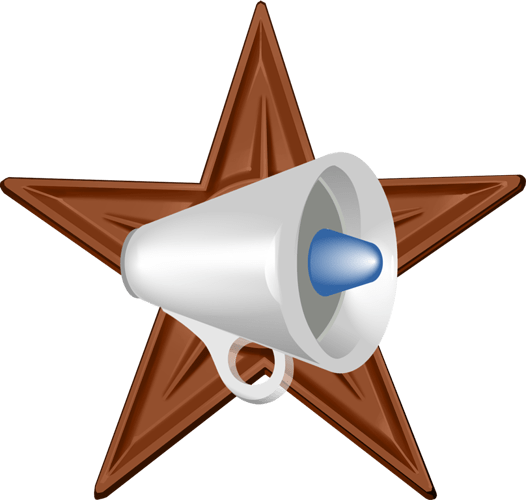 As I previously thought, this problem that could be solved in 2 days is stalled one month after the splitting of the topic. No one cares.0

I tried making a WordPress plugin (embed-wikimedia) for doing this a few years ago, but ultimately it feels like it’d be better to follow existing standards of metadata interchange than create separate fixes for each system that wants to embed this content.

Yes, that makes sense. For what is worth, I have mentioned this problem in these two Phabricator tasks:

As I previously thought, this problem that could be solved in 2 days is stalled one month after the splitting of the topic. No one cares.0

I’m not sure I understand: what is the quick fix that would work here? I don’t think oembed support on Commons is a two-day task.

How long would it take to add this metadata? https://oembed.com/

A while, I’d say! Maybe a few months.

It’s not at all clear exactly which metadata system (or systems) we should support. It seems like oembed might be a bit of an unfashionable standard these days, and more sites support the Open Graph Protocol. There are other ways to expose the same metadata, e.g. via Dublin Core tags (which overlap a lot with OG).

So there needs to be investigation into that, and how it’d fit in with existing metadata (e.g. the PageImages extension and Wikibase’s SHORTDESC parser function).

Then the code has to be written, undergo security review (I presume, as it’d likely be a new extension), and be deployed.

It’s not massively complicated stuff, I think, but the devil is in the detail and I feel like there are a bunch of different things to be sorted out. And at the moment, it doesn’t sound like there’s anyone working on it.