Meet the Latin America and the Caribbean Regional Funding Committee

The strategic reflections they engage in are essential for them as a committee and the Community Resources team to make funding decisions for applications in the region. By being members of the community, the committee can provide knowledge, local perspectives, and experience to applicants about their journeys, difficulties, and opportunities for success within Wikimedia projects and, in this way, share suggestions to support the effective functioning of the movement’s activities.

After intensive training, the LAC committee is one of seven regional funding committees that began their voluntary work a little over a year ago to carry out participatory decision-making processes for allocating funds in their respective regions.

Why is it important the point of view of a regional committee?

Based on the recommendations of the movement’s strategy, regional committees allow each region’s communities and thematic experts to play a central role in setting priorities and allocating the funds required for different initiatives. Each of these processes benefits greatly from the existing experience but is also enriched by new ideas – from within the Wikimedia movement and the free knowledge ecosystem – to better understand local communities’ skills and circumstances.

Learn more about the committee:

Alexandra Bello (Alexandrabello) is from Venezuela and joined the Wikimedia movement in 2021 and is part of Wikimedia Small Projects. She is the editor of Wikiviajes and Wikinews in Spanish.

She has a degree in International Studies and works in humanitarian themes, project management, and communications for various organizations.

One of the motivations for being part of the committee is its desire to reach more people in different regions and countries. 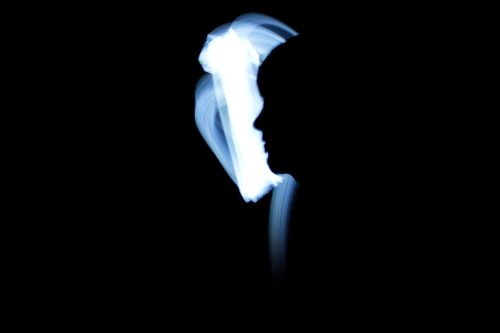 Berna Gaitán Otarán(Niamfrifruli) lives in Santa Fe, Argentina. He is a social communicator, photographer, audiovisual producer, teacher, and activist for software and free culture. Since 2018,  he has been part of the Wikimedia movement, where together with a community of photographers, he seeks to build image archives on the recent history of his region. He is interested in popular culture, memory, and human rights and has a passion for photographic archives. For this reason, he collaborates by providing workshops to other initiatives in his region to make digitized historical images freely available on Wikimedia Commons. He is a member of the board of Wikimedia Argentina.

Carla Salazar (Carlillasa) was born in Bolivia. She is an editor by profession, freelance musician, and since 2016, a wikimedian. She mainly contributes to Wikipedia in Spanish and Wikimedia Commons. She is part of the Bolivian Wikimedistas user group, with which she has provided numerous editing workshops; she has also been a mentor of the Bolivian version of the Leamos Wikipedia program. She is interested in contributing her perspectives as a wikimedian to an emerging community.

Cristina Algarra (Chrusky) resides in El Salvador. She is a journalist and anthropologist specializing in international and social information with a master’s degree in human rights, education, and culture of peace. She has edited Wikipedia in Spanish and WikiCommons since 2013. She is co-founder of Wikimedia El Salvador user group. She organizes editing clubs, and workshops for beginners and fosters institutional relationships with academic, art, and cultural organizations in El Salvador.  She has experience in granting and applying for funding from national and international organizations. She is interested in contributing to the construction of free knowledge in a collaborative way from Central America.

Handgod Abraham (Kitanago) lives in the city of Petit-Goâve in Haiti. He is a poet, cultural manager, and community manager.

Johnattan Rupire (Txolo) is based in Peru. He is a sociologist, researcher, and university professor with experience in multicultural contexts and built knowledge about the commons in these contexts.

A Wikimedian since 2009, Johnattan is part of the Wikimedian Users Group of Peru, collaborating with the Wiki Loves Monuments team. He has organized several activities such as editathons related to gender gap and developed partnerships with universities, libraries and schools. Part of his motivation to participate is to contribute her experience working with Andean and Amazonian indigenous peoples.

Lilian Viana (Lilian Viana) is from Sao Paulo, Brazil. Since 2019, she has been part of the Wikimedia movement. She works as a librarian at a public university and integrates the GLAM Bibliotecas da USP initiative. She holds a PhD in Information Science and edits mainly in Wikidata and Wikipedia in Portuguese. She has collaborated in projects such as Festa da Wikilusofonia and the WikiMulheres initiative.

Lilian seeks to expand the uses of Wikimedia tools for different domains by communicating about the Wikimedia universe, and to contribute to creating conditions for more people to participate in the projects. She is convinced of the value of access to quality information as a substantive aspect of democracy and recognizes the challenge that a culturally democratic knowledge ecosystem requires building the conditions of production and access to information bearing in mind cultural differences and inequalities.

Lucas Piantá (Hedestad) was born in Brazil and lives in Porto Alegre. He has been a Wikimedian since 2018 and is a member of Wiki Movimento Brasil. In addition to his volunteer activities, he is also a researcher with the Wikimedia platforms. He is a historian and is doing a master’s degree.

His motivation to be part of the committee lies in the fact that he wishes to provide an account of the Latin American reality in the debates, bringing the criticism of a researcher and the practices of a Brazilian Wikimedian who works for the improvement and dissemination of Wikimedia platforms.

Neima Paz (Neima Paz)  is a social communicator and bilingual editor, an inhabitant of the Wayuu nation that shares territory with Venezuela and Colombia. She has collaborated with Wikimedia Venezuela on native language projects and building the indigenous language portal.  Workshop leader and volunteer for Wikimedia Colombia in teacher training in 2019. She has been part of the user group for the Wikipedia incubator project in the Wayuu language since 2018.

Salvador Alcántar (Salvador alc) lives in Guadalajara, Jalisco, Mexico. He is a lawyer and co-founder of Wikimedia Mexico and was part of its board of directors for nine years. He has been involved in the Wikimedia movement since 2006. He participated as a member of the Affiliations Committee from 2013 to 2019. He contributes with his legal, administrative and technological expertise, as well as his interest in some important issues in the region such as the inclusion of women, diversity, multiculturalism, social and historically marginalized sectors, as well as other non-hegemonic approaches.

He is also co-founder of Creative Commons Mexico where he provides legal advice on a voluntary basis. He is an activist for digital rights, Internet freedoms and against unfair copyright reforms. He is currently studying for a Master’s degree in Information Technology.

She is part of the Colmix Collective, which works on research and dissemination of materials of interest to the Mixe people and manages projects that privilege the use of the Mixe language and disseminate it freely so that others can make use of the materials.

She coordinates the Endless Oaxaca Multilingual project of the Alfredo Harp Helú Oaxaca Foundation and support from the Endless OS Foundation, which focuses on the transfer of educational technology and the creation of digital content in indigenous languages.

Her motivation is that the free knowledge ecosystem, to be genuinly free, needs linguistic diversity.

The first round of the Wikimedia Community Fund and Wikimedia Partnership Fund receives proposals until September 29 and publishes the results of funded applications on December 8, 2022.

On Tuesday, October 11, there will be a launching session of the first round for the LAC region, presented by committee members who will explain the review period and respond to questions about the round. To participate in the call, with simultaneous interpretation in Spanish, Portuguese, and French, you can connect to this Zoom link from 13:00 to 14:00 UTC.

For more information on ways to participate in the committee, if you require interpretation into another language for the September 28 session, or if you have any other questions, please contact Mercedes Caso, Program Officer for Latin America and the Caribbean of the Community Resources team, at mcaso@wikimedia.org.

This is a companion discussion topic for the original entry at https://diff.wikimedia.org/2022/09/16/meet-the-latin-america-and-the-caribbean-regional-funding-committee/
1 Like
Qgil-WMF September 16, 2022, 5:21pm #3