I am Nikos Likomitros, a Wikipedian, member of the Wikimedia user group Greece, and I come here with really good news. In November, according to stats.wikimedia.org, Uzbek Wikipedia garnered 11.4 million pageviews in Uzbekistan, while Russian got 11.1 million pageviews in the same country. This is the first time that a Central Asian language overtakes Russian in its country in any given month.

Uzbek Wikipedia, is a Wikipedia that has noted rapid growth in pageviews and community since 2015. In December 2015 Uzbek had only 438 thousand pageviews in this month, right now however Uzbek reached 11.4 million pageviews in November and in December the number will be around that level, around 12 million certainly, with a possibility to surpass Russian again (as of pageviews.toolforge.org in the pageviews of the first twelve days of this month has been noted an increase of around 12% in comparison with the pageviews of the first twelve days of the previous month). Karakalpak has grew from just around 5 thousand in December 2015 to more than 50 in November 2022, with Uzbek community planning to develop both Uzbek and Karakalpak next year. Tajik, spoken by around 1.7 million people according to the national censuses, and 6 to 11 million according to various studies, also noted 26 thousand pageviews in November in comparison with 2 thousand in December 2015, meaning that Uzbekistanis regardless their nationality opt to read content in their national or otherwise native language more and more frequently. Uzbek is the first Wikipedia in Central Asia to surpass 1,000 active users while before WikiStipendiya Uzbek grew from 786 users with one edit in 2018 to 1,921 in 2021 (source for these statistics is uz.wikiscan.org) and these year they will surpass 6,000 users thanks to WikiStipendiya and other growth. Also Uzbek was nearing Russian with a pace faster than the other Wikipedias of this area; I assume this happens because of the increase of the internet access in Uzbekistan and because the majority of the population is under 30, as Uzbek became state language after independence in 1991, although with abundant use of Russian from the people and the government itself (even today, many TV channels have Russian language local-made programs and Cyrillic Uzbek is the preferred alphabet for many; even state media use it.)

Before WikiStipendiya Uzbek had around 300 active users, growing a lot since 2016 when just 70 active users existed. And without WikiStipendiya, Uzbek would have grew to around 330 to 350 users, displaying the great potential of Uzbek Wikipedia these days.

Until summer Uzbek will surpass Russian in various months while after September 2023 the lead will become more stable and will extend to nearly all the period between September and June (in the summer months most FSU Wikipedias record a decrease of around 50 percent in pageviews, probably because schools are closed; I assume this based on the fact that every weekend there is a noticeable decrease in the daily pageviews even now. In order to understand what I said better, Uzbek Wikipedia had exactly 8 million pageviews in June but slightly more than the half of 8 million in July and August, i.e. something more than 4 million each month), based in an elaboration of today’s trends. In order to further improve this lead and the general quality of Uzbek Wikipedia, a suggested step is to undertake efforts to expand existing articles, either as a part of WikiStipendiya, or independently. This is a crucial step to bolster the lead. Congratulations to the Uzbek community, for this achievement. WikiStipendiya is a great success, although improvements in the quality of translation need to be done in some pages.

In the rest of Central Asia this is far from happening in another country at least for the next 5 years. In Kazakhstan, Kazakh has 15 to 25 million pageviews each month (except July and August when pageviews dip to 2 or 3 million when schools are closed) and Russian holds on around 35 to 45 million pageviews per month year round, with some growth. In Tajikistan Tajik has a growth spiral that resembles Uzbek Wikipedia’s one, going from 75 to 438 thousand pageviews per month in the same period that I noted for Uzbek. However Russian has more than 2 million pageviews per month there and given the lacks there it will take time. In Kyrgyzstan Kyrgyz has steady growth, but Russian is having approximately 6 to 8 million pageviews while Kyrgyz floats between 3 and 4 million except summer where it dips below million in Kyrgyzstan. In Turkmenistan Turkmen has steadily growing, despite minimal growth in articles; from 44 thousand pageviews in December 2015 they rose to 283 thousand last month. However with Turkish growing from 60 to 220 thousand in just three years (these two languages are partially intelligible, not in the degree of Azerbaijani and are both Oghuz languages) it is realistic that Turkish may become the most popular Wikipedia in Turkmenistan sometime in the future, after 2030 for a time before Turkmen reaches it.

How the other Wikipedias of Central Asia can take lessons, and what they can do to improve their standing substantially. Here’s some advices that ate generally performing:

• Give emphasis in writing significant pages about your country and vital articles, e.g. a page about a topic related to Kyrgyzstan that Kyrgyz hasn’t, but Russian or English (or even Uzbek) has one.
• Expand existing articles. Improving the quality of your articles, your reputation as e.g. Kyrgyz Wikipedia grows a lot.
• Open Wikipedia to the society. Advertise it on the media, to your friends, to the society in order to attract more users. Introduce it to schools as well, a space with abundant readership for all Central Asian Wikipedias (as I spoke for introducing Wikipedia as a means of information to schools and introducing the children to write/expand articles in it, you can take Armenian WikiClubs as an example; they have remarkable success).

Because WikiStipendiya shows that we can improve substantially the standing of a local language even if English, French or Russian is very significant in Kazakhstan, Bangladesh or Burundi, these tips are easily applicable to Indic and African wikis. Quality pages and quality translations must be however, the first and foremost priority.

Excuse me for the long text, but I am very fond of Wikipedia statistics and I chose to include some analysis of the climate in Central Asia as well, in order to give you an understanding on what happens in the rest of Central Asia.

FYI: Scholarship applications for Wikimania 2023 are now open until Sunday, 5 February! Wikimania 2023 will be held in Singapore from 16–19 August. More info on Diff. 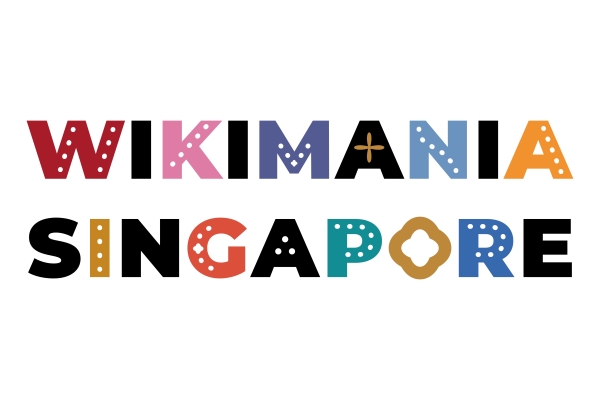 Scholarship applications for Wikimania 2023 are now open until Sunday, 5 February!

Hello,
Gentle reminder, the voting period for the revised Universal Code of Conduct Enforcement Guidelines is open until 23:59 (UTC) January 31, 2023.

Vote here
Please visit the voter information page on Meta-wiki for voter eligibility information and details on how to vote.